Given the fact that medication abuse statistically rises with age, the earlier we educate children and young people about the realities and dangers of prescription drug abuse, perhaps the better our chances of preventing them from starting to abuse psychotherapeutics in the first place.

Source: 2012 National Survey on Drug Use and Health (NSDUH)

While youth and young adult prescription drug misuse and abuse is experiencing a slight decline or no significant increase, it is important to keep the home fires burning under this issue to help ensure that usage rates don’t go up.

First Specific Drug Associated with Initiation of Illicit Drug Use among Past Year Illicit Drug Initiates Aged 12 or Older: 2012 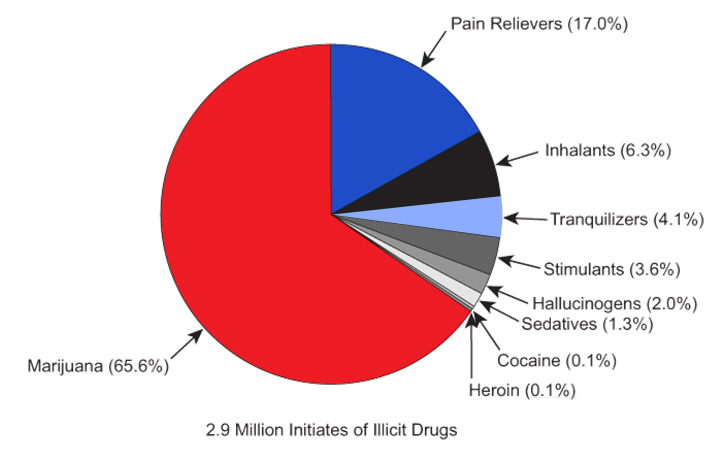 Many teens and young adults are obtaining their medicines from friends or relatives and specific doctors who perhaps are prone to prescribing these medications more often than not. Such realities identify the need for additional education about the hazards of sharing medications, protecting medications from theft and prescribing practices that decrease abuse potential.

Where Pain Relievers Were Obtained for Most Recent Nonmedical Use among Past Year Users Aged 12 or Older: 2011-2012

National Survey on Drug Use and Health, 2012
http://www.samhsa.gov/data/NSDUH/2012SummNatFindDetTables/NationalFindings/NSDUHresults2012.htm#ch1.1